The Loma Linda Ronald McDonald House is a home away from home for families
of children with illnesses or injuries receiving medical treatment at Loma Linda
University Children’s Hospital and other nearby medical facilities.

• The Loma Linda Ronald McDonald House is located at 11365 Anderson Street in
Loma Linda on the southeast corner of Barton Road and Anderson Street and is
within walking distance to Loma Linda University Children’s Hospital.
• The Loma Linda Ronald McDonald House opened on September 11, 1996.
• The Loma Linda Ronald McDonald House can accommodate 24 families nightly.
• More than 1,700 families served in 2012, checking in over 5,500 people.
• In 2012 over 900 families were referred to hotels, because of the House being at
100% occupancy.
• Room requests are sent from the social workers at the hospital; it is based on
diagnosis and distance of more than 20 miles away. However, shorter distances
are considered on a case by case basis and based on room availability.
• A fee of $10.00 per night is charged to stay at the House. However, no family is
ever turned away due to inability to pay.
• The average length of stay for families is seven days.
• Funds to operate the House come from contributions through individual gifts,
special events, corporate donations, foundation grants, memorial and honorary
gifts.
• Support has been received through the efforts of McDonald’s Operators
Association of Southern California and McDonald’s Corporation, as well as the
local and national chapters of Ronald McDonald House Charities.
• Volunteers donate nearly 10,000 hours of service annually. 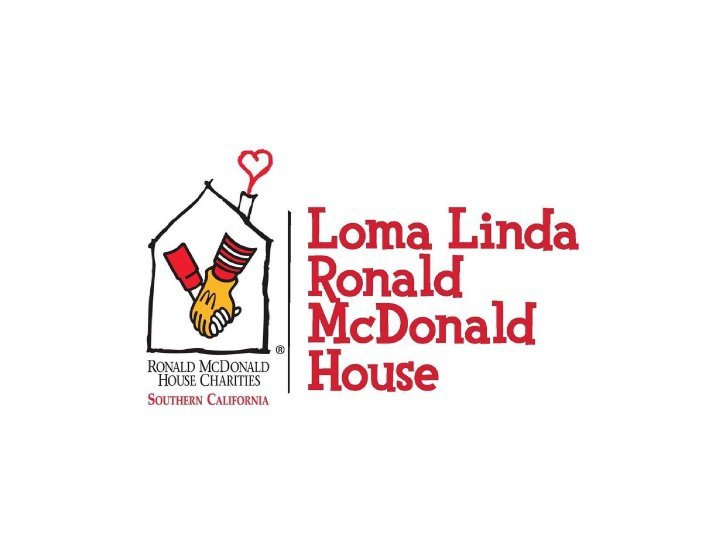